Inchicore, a western suburb of Dublin, appears once in Dubliners at the opening of  “After the Race:”

“The cars came scudding in towards Dublin, running evenly like pellets in the groove of the Naas Road. At the crest of the hill at Inchicore sightseers had gathered in clumps to watch the cars careering homeward and through this channel of poverty and inaction the Continent sped its wealth and industry” (42). 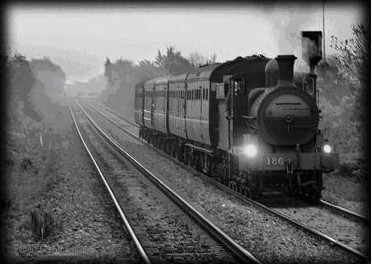 Steam train at Inchicore Works in 1879. From Inchicore.info.

Inchicore’s “channel of poverty” stands in stark contrast to the “wealth and industry” that the cars represent, but there’s more at work here than a simple economic and industrial binary. Embedded in the Inchicore reference is also a nod to Ireland’s own engineering industry. In fact, Inchicore was and still is home to the Inchicore Railway Works, which is, according to one online history of Inchicore, “the headquarters for mechanical engineering and rolling stock maintenance for Irish Rail.” It was established in the 1840s and “is the largest engineering complex of its kind in Ireland with a site area of 73 acres (295,000 m²).” But Joyce’s description of the cars “careering” and speeding through this area highlights the contrast between the movement of the new transportation technology against the “inaction” of even the largest engineering complex in all of Ireland. Though the clumps of sightseers watch, we get the sense that there’s a tinge of shame in their gaze as they observe these cars, these “snorting beasts,” racing into the city, into the financial center where the main characters finally hop out of their car and begin walking, safely removed from “poverty,” “inaction,” and “clumps” of people. 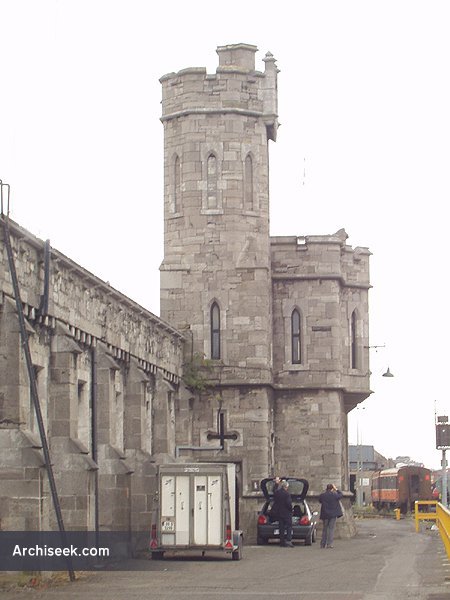 The lookout tower of Inchicore Works, designed by architect Sacton Wood and established in 1846. From Archiseek.com.

By setting up Ireland’s greatest engineering complex in contrast with the parade of international race cars, the story begins with a critique of Irish transportational technology. It then continues to portray a move backward through transportative modes. After the cars arrive in Dublin’s city center, the young men utilize the railway to get to Kingstown Harbour where they then board a boat to play cards and celebrate. The devolution of transportation methods mirrors the devolution of Jimmy Doyle’s spirit, and ultimately, as the title implies, we get the sense that the best times are already past, that now, after the race, there’s a slow decline in mood, resources, activity, and for Jimmy Doyle, opportunity, confidence, and money.

Jimmy and his friends are riding a high from the excitement of the race, but unlike his friends who will return to the wealth and industry of the continent, Jimmy feels the retrogressive pull of Dublin enclosing around him. That pull starts with the reference to Inchicore and its implications of what, in 1903, must have seemed an archaic and plodding industry in comparison to the speed and excitement of the automobile.