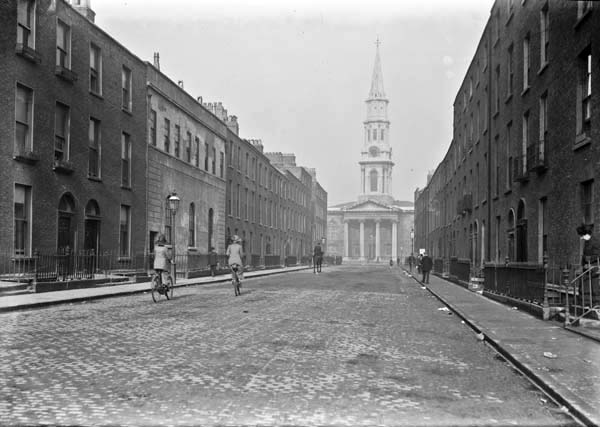 The location of Mrs. Mooney’s boarding, Hardwicke Street, is a small lane that, in Joyce’s Dublin days, was lined with tenements and middle-class residences. At the end of the street looms St. George’s, the bells of which Mrs. Mooney hears pealing as she plots her confrontation with Bob Doran in “The Boarding House.” (The Blooms can also hear the St. George’s bells from 7 Eccles Street in Ulysses.)

“Mrs. Mooney, who had taken what remained of her money out of the butcher business and set up a boarding house in Hardwicke Street, was a big imposing woman” (62).

Hardwicke Street is situated in the city’s northern section, and is near the opening setting of the childhood stories. It is also one block south of Dorset Street, where we’re told the two young men of “Two Gallants” have been just prior to that story’s opening.

The boarding house itself seems comfortable enough. Its lace curtain swing in the breeze; it’s at least three stories high; it’s furnished with a gilt clock and soft beds with pillows and iron rails; and it’s stocked with tumblers for punch and dishes for eggs and bacon and bread pudding. It’s home to Mrs. Mooney, whom the other residents call “The Madam,” and her two children, Polly and Jack. The house is described as having “a floating population made up of tourists from Liverpool and the Isle of Man and, occasionally, artistes from the music halls” (62). As noted in many critical studies of the story, Mrs. Mooney’s bequeathed title suggests interpretive possibilities that the house may have, at the very least, a reputation as a brothel, though in the context of the story, the suggestion seems more metaphoric of Mrs. Mooney’s figurative selling of her daughter into marriage than a literal indication of prostitution under the roof. Yet the ambiguity seems to anticipate the decline of the neighborhood through the twentieth century. 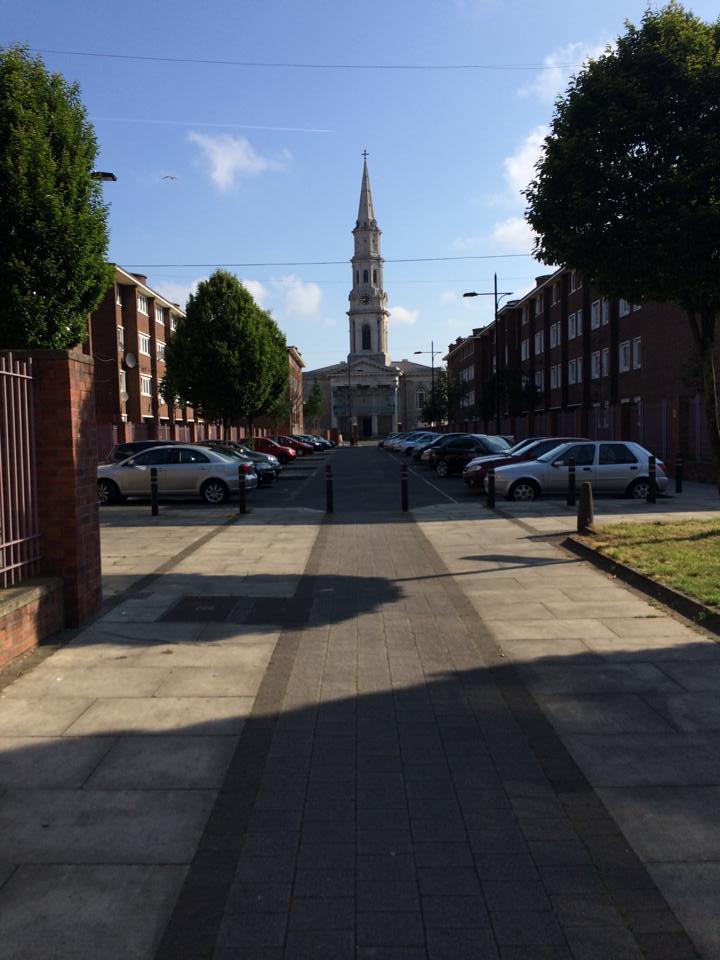 Today, the street is a slightly declined modern iteration of its 1900s identity, containing low-income and public housing, an echo of the temporary connotations of the boarding house, which Julieann Veronica Ulin describes as “not the Victorian ideal of a home separate from the outside world, but rather a permeable home with strangers under its roof and an openness to outside threats: precisely the home structure feared by Nationalists” (266). The street is still, under independence, representative of impermanence. At the top of the street sits the church, but it’s for rent. Across the portico hangs a banner advertising “[s]pectacular offices in a unique setting.” The street has seen hard times since the already ambiguous overtones in Joyce’s story: in the 1980s it was a center for heroin dealing in the city until Concerned Parents Against Drugs organized there to clean up the neighborhood. (A documentary covering the incidents can be found here.) 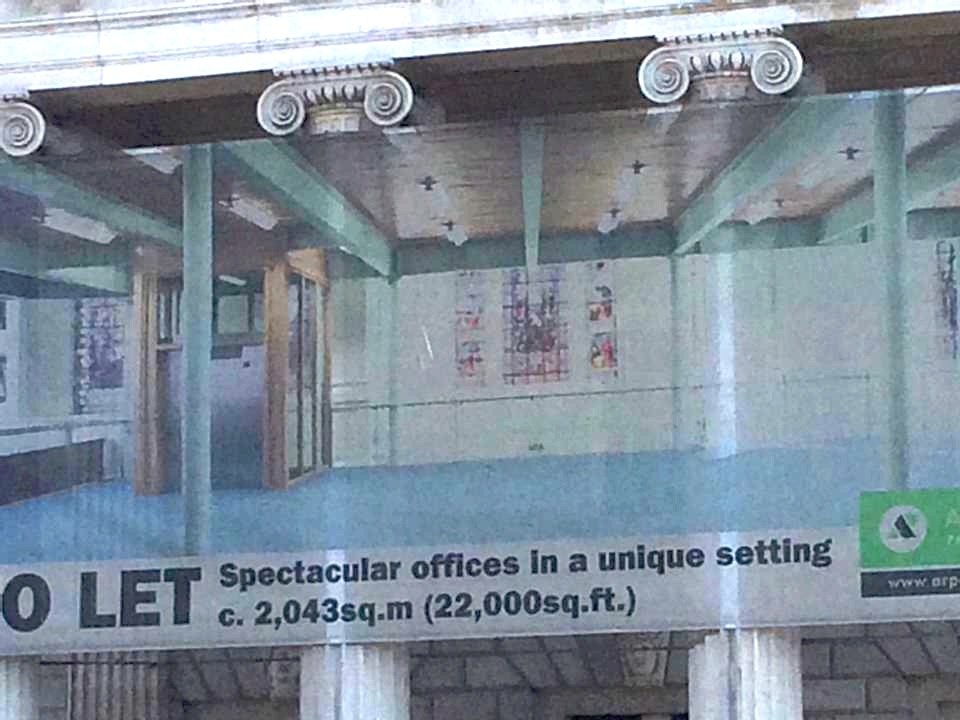 One Response to Hardwicke Street