Once Mahony finally arrives (and Joe Dillon doesn’t) at their meeting place, he and the narrator of “An Encounter” embark on their day’s journey. The two boys set off from the Canal Bridge and head northeast:

“We walked along the North Strand Road till we came to the Vitriol Works and then turned to the right along the Wharf Road” (22). 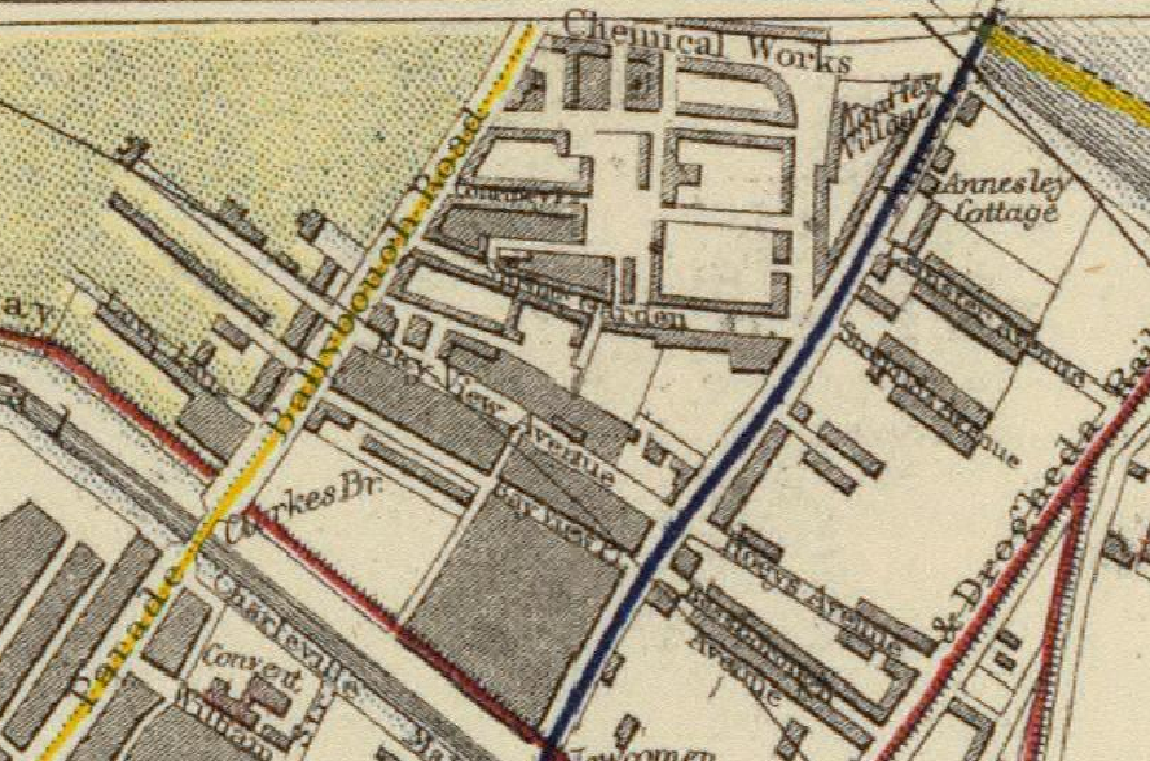 Screenshot of the section of the 1883 Letts, Son & Co. “Plan of the city of Dublin” map containing North Strand Road. The road is under the blue line that indicates a tram route.

The North Strand Road runs northeast from the Newcomen (Canal) Bridge to the East Wall (Wharf) Road on the south bank of the Tolka River. (It’s where the blue tram line appears on the map section above.) Charles Haliday’s The Scandinavian Kingdom of Dublin describes the area of the North Strand as it was depicted in a 1673 map by Sir Bernard de Gomme. According to the map, much of the east side of Dublin was under water after a major storm hit the city. Even when it wasn’t underwater, it was subject to flooding and only traversable by foot at low tide, according to Haliday’s fascinating accounts.

In Dubliners, North Strand Road marks the northeast boundary of the childhood stories. From the bridge to the Wharf Road, the boys walk 550 meters along North Strand, which would take approximately 7 minutes. The road is referenced only in “An Encounter,” a story that mentions several bodies of water. The boys begin at a bridge over the Royal Canal, walk along the Tolka, cross the Liffey, and end up on the bank of the Dodder. They also gaze out at the bay toward the Irish Sea.