Sharing a name with the famous London locale, Fleet Street in Dublin is a busy pathway just south of the Liffey connecting Westmoreland Road with the bustling Temple Bar (another name echoing the London scene) district. In Dubliners the street appears in one story, only briefly, in reference to a character’s job and in another as the location of a business. 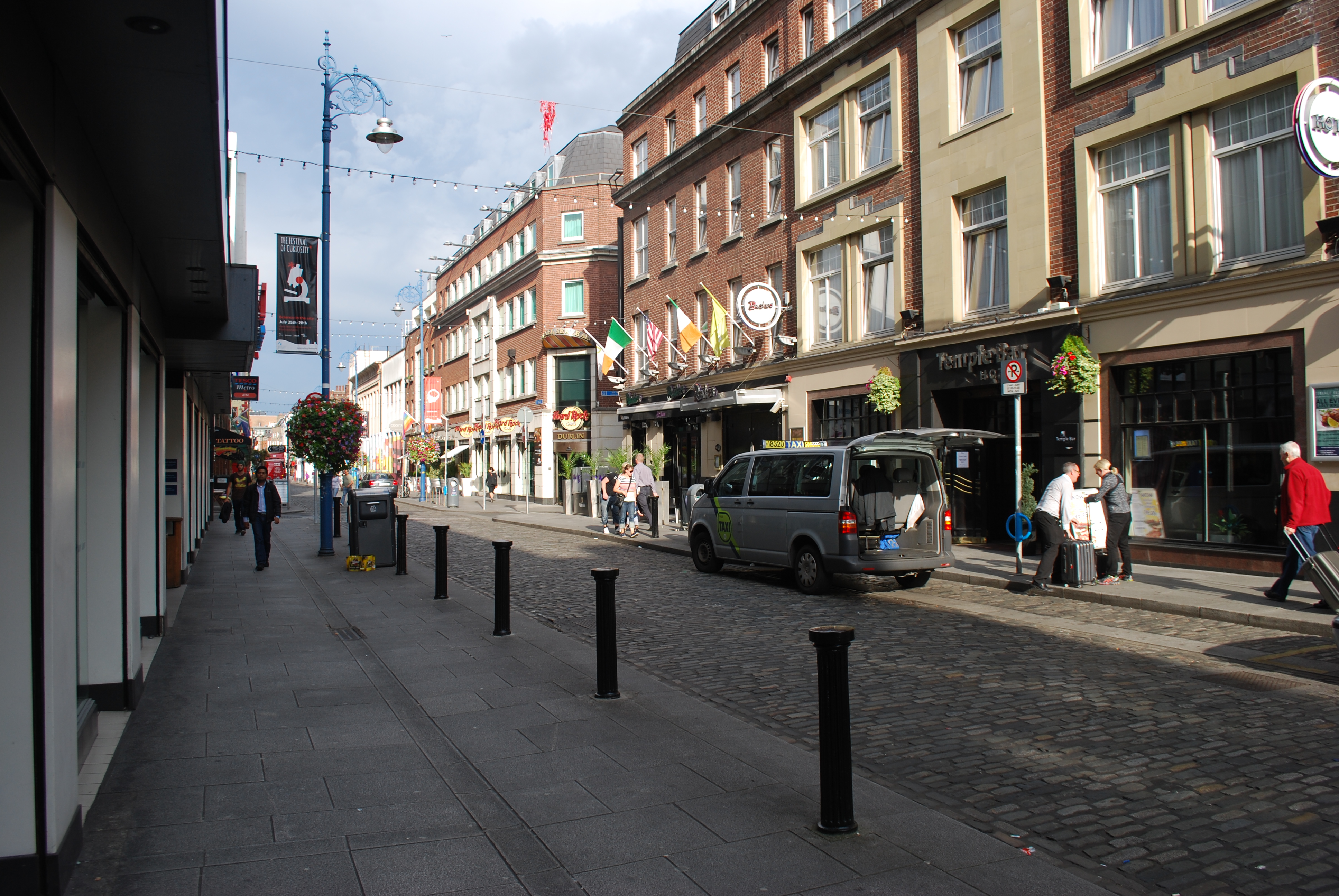 The first mention of Fleet Street happens in “The Boarding House:”

“Jack Mooney, the Madam’s son, who was clerk to a commission agent in Fleet Street, had the reputation of being a hard case. He was fond of using soldiers’ obscenities: usually he came home in the small hours. When he met his friends he had always a good one to tell them and he was always sure to be on to a good thing—that is to say, a likely horse or a likely artiste. He was also handy with the mits and sang comic songs” (62).

The next occurrence of the reference is in “Counterparts” as Farrington is plotting his drinking strategy. As he is low on funds, he considers pawning his watch:

For both men, Fleet Street is a source of money. Farrington’s acquisition of that money is perhaps a bit desparate while Jack Mooney’s is occupational. Nevertheless, Jack’s vocation is tinged with a bit of the subversive as well. In his annotations, Don Gifford suggests that “[s]ince Jack Mooney is ‘a hard case,’ it may be that he is well-suited to assist in the debt-collection side of a commission agency” (63). Jack himself seems savvy on the good bets, and this knowledge or penchant would certainly be a byproduct of dealing with gamblers and money borrowers.

The connotations in Dubliners of Fleet Street as a somewhat opportunistic money-exchange hub may be a Dublinized critique of the more prominent London Fleet Street, home to such sometimes rascals as the press and the fictional serial killer Sweeney Todd. No doubt Joyce was aware of the penny dreadful The String of Pearls: A Romance, the first story to depict the murderous barber of London’s Fleet Street. But even more interesting is John Davidson’s 1893 Fleet Street Eclogues, a written verse play in seven sections, that chronicles an intermittent year-long conversation among journalists, reviewers, and writers as they lament the death of art and poetry and nature from their Fleet Street offices. These characters recognize their own contribution as paid press workers to the decay of the arts even though they strive to publish and create on their own, outside of their official duties, works and memoirs that will survive forever. The entire Eclogues is available on the Internet Archives and is embedded below, opened to a passage in the “Good-Friday” section that captures the longing of the journalist to escape the “brilliance” of the word and return to the more natural leanings of language.

One Response to Fleet Street