Donnybrook, or Domhnach Broc, is a district in the south part of Dublin neighboring Ballsbridge, Sandymount, and Merrion. It’s where Corley of “Two Gallants” claims to have taken his “slavey” one day:

“I put my arm round her and squeezed her a bit that night. Then next Sunday, man, I met her by appointment. We went out to Donnybrook and I brought her into a field there” (50-51).

It’s soon revealed that Corley intends to meet this girl again that evening. Once Corley parts with Lenehan, Lenehan follows his friend at a distance to get a look at her. He finally observes the two “climbing the stairs of the Donnybrook tram” (56). Apparently the field was a hit, and the pair are off to visit it again. 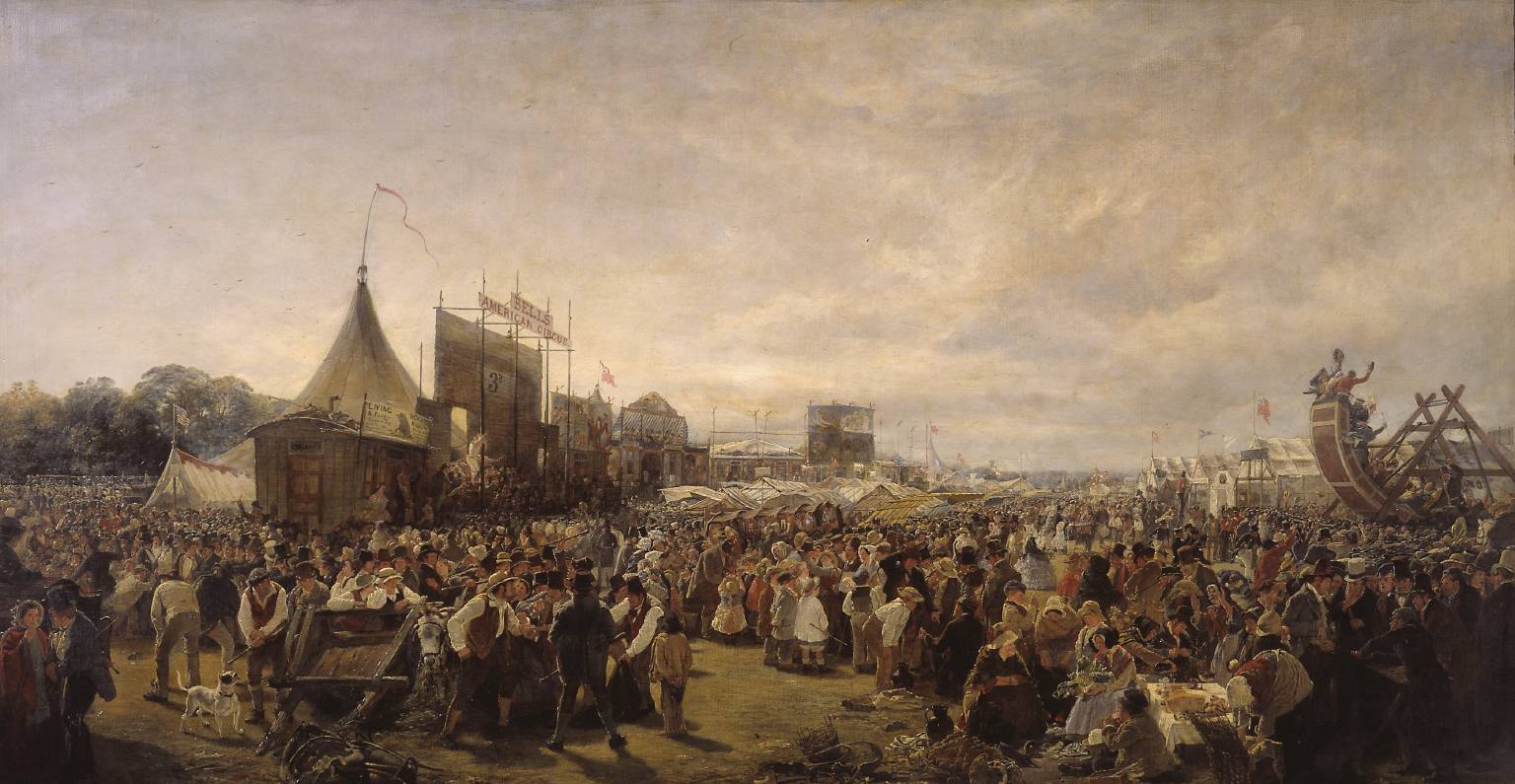 The hardly romantic “field” Corley takes the girl to is on par with the probable connotation of the district itself. The site of the historic Donnybrook Fair, established in 1205 and ended in 1855 due to its “irksome” tendency to turn its visitors into “intoxicated savages,” Donnybrook is also a slang term for “[a] scene of uproar and disorder; a riotous or uproarious meeting; a heated argument,” according to the Oxford English Dictionary. That such a place is the rendezvous spot for Corley and his girl amplifies the already crude or indelicate nature of their relationship.

Additionally, and not surprisingly, the reference holds connotations to a song, “Humours of Donnybrook,” which Joyce could have found in the 1849 Croker-PopularSongs. Here are the lyrics:

To Donnybrook steer all you sons of Parnassus
Poor painters, poor poets, poor newsmen and knaves
To see what the fun is that all fun surpasses
The sorrows and sadness of green Erin's slaves
Oh Donnybrook Jewel! Full of mirth is your quiver
Where all flock from Dublin to gape and to stare
At two elegant bridges without e'er a river
So success to the humours of Donnybrook Fair

Oh you lads that are witty, from famed Dublin city
And you that in pastime take any delight
To Donnybrook fly, for the time's drawing nigh
When fat pigs are hunted and lean cobblers fight
When maidens so swift run for a new shift
Men muffled in sacks, for a shirt they race there
There jockeys well booted and horses sure-footed
All keep up the humours of Donnybrook Fair

The mason does come with his line and his plumb
The sawyer and carpenter, brothers in chips
There are carvers and guilders and all sorts of builders
With soldiers from barracks and sailors from ships
There confectioners, cooks and the printers of books
There stampers of linen and weavers repair
There widows and maids and all sorts of trades
Go join in the humours of Donnybrook Fair

There tinkers and nailers and beggars and tailors
And singers of ballads and girls of the sieve
With Barrack street rangers, the known ones and strangers
And many that no one can tell how they live
There horsemen and walkers and likewise fruit-hawkers
And swindlers the devil himself that would dare
With pipers and fiddlers and dandlers and diddlers
All met in the humours of Donnybrook Fair

'Tis there are dogs dancing and wild beasts a-prancing
With neat bits of painting, red, yellow and gold
Toss players and scramblers and showmen and gamblers
Pick-pockets in plenty, the young and the old
There are brewers and bakers and jolly shoemakers
With butchers and porters and men that cut hair
There are montebanks grinning, while others are sinning
To keep up the humours of Donnybrook Fair

Brisk lads and young lassies can fill up their glasses
With whiskey and send a full bumper around
Jig it off in a tent till their money's all spent
And spin like a top till they rest on the ground
Oh Donnybrook capers to sweet cat-gut scrapers
They bother the vapours and drive away care
And what is more glorious, there's naught more uproarious
Hurrah for the humours of Donnybrook Fair

One Response to Donnybrook