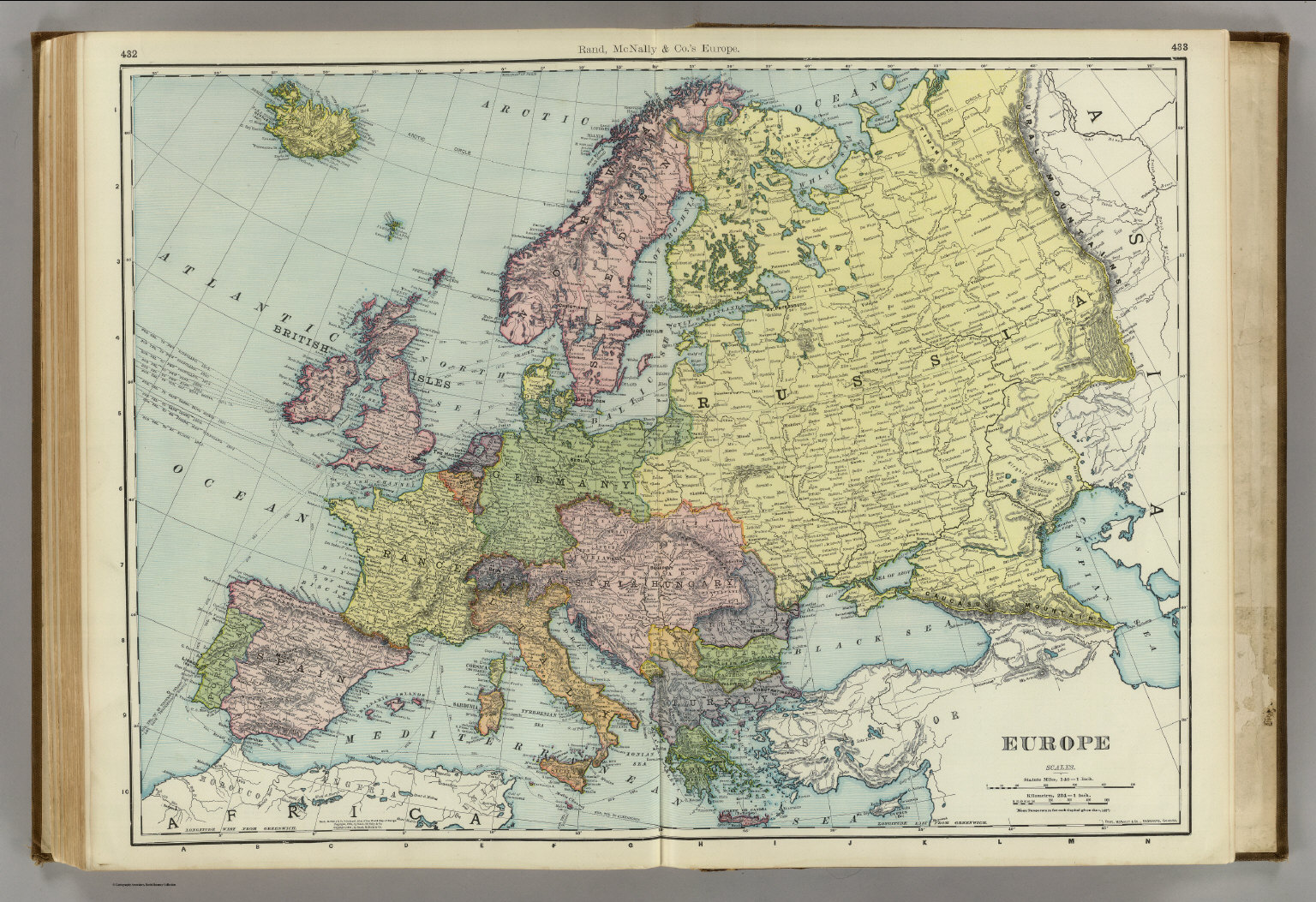 “Rand, McNally & Co.’s [Map of] Europe” published in 1903, the year of the Gordon Bennett Cup race in Ireland featured in “After the Race.” From the digitized David Rumsey Historical Map Collection.

Belgium appears rather fleetingly in two Dubliners stories. In both cases it stands in opposition to another place that elicits more prominent attention. For instance, in “The Dead,” Belgium is referenced in Gabriel’s refusal of Molly Ivors’s invitation to the Aran Isles:

“–But you will come, won’t you? said Miss Ivors, laying her warm hand eagerly on his arm.

–The fact is, said Gabriel, I have just arranged to go——

–Well, you know, every year I go for a cycling tour with some fellows and so——

–And why do you go to France and Belgium, said Miss Ivors, instead of visiting your own land?

–Well, said Gabriel, it’s partly to keep in touch with the languages and partly for a change.

–And haven’t you your own language to keep in touch with—Irish? asked Miss Ivors.

Belgium, along with France and Germany, is set up as not-Ireland. It represents an alternative, a global or at least continental option.

Likewise, in “After the Race,” Belgium exists as part of a dichotomy, this one with perhaps seditious undertones. It appears in the form of a nationality, specifically that of one of the drivers in the Bennett Cup race:

“The French, moreover, were virtual victors. Their team had finished solidly; they had been placed second and third and the driver of the winning German car was reported a Belgian. Each blue car, therefore, received a double measure of welcome as it topped the crest of the hill and each cheer of welcome was acknowledged with smiles and nods by those in the car” ().

Here, Belgium once again appears alongside Germany and France, but this time it takes the position of a kind of negative space. The Belgian driver is not German and is therefore disqualified, rendering the French “virtual victors.” Because the driver is from Belgium as opposed to Germany, he is disqualified. He has subverted the rules, attempting to cheat his way to a win. In reality, of course, the nationality of a person operating a vehicle manufactured in another country has no bearing on his ability to maneuver the vehicle, how fast he can make the car go. But the predicament calls attention to Jimmy Doyle’s identity as an Irishman in the company of more cosmopolitan, more privileged young men. The disqualification of the Belgian anticipates Jimmy’s disqualification from the group at the end of the story as he sits below deck on the American’s yacht: out of money, out of cheer, and out of place among his peers.Like the Belgian can drive the car, Jimmy can try out the trappings of the continent, as a student and as a friend, but in the end, he isn’t allowed to win.

The not-place of Belgium as a geographical reference in Dubliners works to characterize both Jimmy and Gabriel as perceived failures, highlighting the problematic Irish identity that James Joyce himself struggled with all his life.

Tagged with: after the race • the dead